Our school was founded in 1963 and is situated in a Grade II listed Tudor Manor House, nestled in the beautiful Sussex countryside at the foot of the South Downs. The space and openness of our location situated between the water-meadows of the Ouse Valley and the chalky Downs sets the tone for the whole experience of being part of Northease. 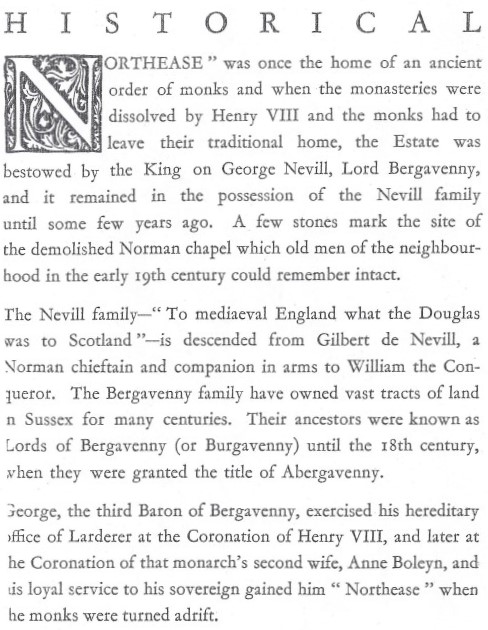 The land was given to Lewes Priory by William de Warenne in the late 11th century, and it served as a monastic farm until the Priory was closed in the 1530s. The estate was owned by the Marquess of Abergavenny’s family for many years until 1919.  During WWII, the Manor was used as a recuperation base by Canadian troops and was bought by a Captain Hastings from Gloucestershire in 1947.

David Carter purchased the property in 1962, with a view to creating a school. David, who was born in 1916, read Mathematics at Cambridge University before joining the Royal Navy’s Fleet Air Arm when war broke out in 1939. He married Joanna Nicholl, a nurse who grew up in Lewes, in 1945. After the war, David became a Maths teacher at his old school (St Lawrence College, Ramsgate). David and Joanna then started and ran a successful residential probation home in Surrey for the London Police Court Mission, for young men in trouble with the police.

After working in the aircraft industry during the 1950s, David wanted to return to teaching.  He and Joanna had a plan to create a small boarding school which could provide individual attention to boys who had struggled in their previous schools.  In 1961, David and Joanna started looking for somewhere to start their school and found Northease Manor. 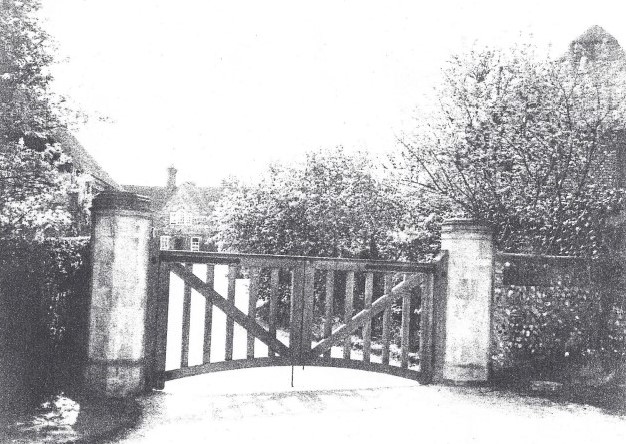 They moved in with their three children; the building work began and continued through the harsh winter of 1962/3. Finances were tight, but their extended family chipped in, David’s brother donated a trampoline, one of Joanna’s brothers gave a sailing boat, another, Pat, became the school doctor and David’s sister loaned cash to convert part of the stable block to residential accommodation. The first couple of boys arrived in the Spring of 1963, but the school really opened in the Autumn of that year with six or so boys and a couple of teachers.

And the vision? It is nicely summed up by David’s words in the school’s first prospectus “This is a school for boys whose characters are likely to benefit their fellow men and no boy is excluded by current weakness in school subjects, even if success in written examinations has so far been out of the question”.

Sadly, in October 1970, after a game of hockey with the boys, David (aged 54) died suddenly of a heart attack. A dedicated team of staff helped Joanna keep the school going over the rest of that school year. Roger Dennien, a teacher at Stowe School and still not yet 30, was appointed Head. Joanna sold the school buildings for less than the highest bid to ensure its survival.  She eventually moved into Lewes where she joined the Town Council and became Mayor of Lewes in 1986. She died in 2007.

At the start of 1972, the school faced closure: the first tasks were to create a governing body and establish a charity to run the school. This was achieved swiftly with the help of an understanding local bank manager and loans from parents.

From about 45 pupils when David Carter died, the school grew steadily, with more day pupils, making use of the cottages across the road to increase accommodation and the arrival of the first pupils funded by Local Education Authorities. By the mid-1970s, the school had about 65 pupils and Saturday morning school had been abandoned.

An outdoor swimming pool was built, but could not be filled, in the long dry summer of 1976. A three-classroom teaching block was also added. The number of staff also grew and the specialisation on Specific Learning Difficulties of the Dyslexic type became more marked, with small groups and individualised timetables.

By the 1980s, the school was a Recognised Independent Special School, approved by the Department for Education and the majority of the places were taken by pupils from over 20 different LEAs.

Northease lost both trees and the thatch from the Tudor Hall in the Great Storm of 1987, but bounced back with only a week’s additional closure after half-term.

The school became co-educational in 1991 with just three girls in the first intake. It was not until 2003 that a gender-balanced year group happened. Full boarding had ended in the early 1990s, but a steady supply of pupils saw the school briefly reach a maximum size of just over 100.

A house was built opposite the main gate for the Headmaster and family and in the mid-1990s old buildings near the road were replaced by a large new teaching and accommodation block known as The Stables, offering specialist provision for Science and Technology and adjoining farm buildings were later acquired to house a flourishing Art Department and a new Games Room.

The school’s first Ofsted inspection was in 1995: it was classed as Outstanding and named one of the ten best Special Schools of that year, being commended for clear Aims and Objectives and an established culture of self-review. All full-time teaching staff had additional SpLD qualifications by 2003.

Roger Dennien retired after 30 years as Head in 2003 and Paul Stanley, who had worked in the school previously, took over. Under his leadership new accommodation and teaching spaces were added. Paul led the school until 2008, when Carmen Harvey-Browne became Head, leaving in 2016 to be replaced by Claire Farmer. Martyn Ward has since replaced Claire Farmer and is now the Headmaster.

The Carters treated the school as an extension of their family and Northease maintains this family feel even today.  All members of the school community work together for the good of the students, and it is a bustling lively place.